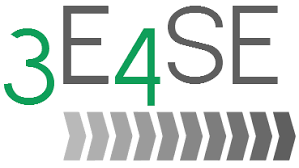 [EaSi program – Call for Proposal: VP/2013/017 – Supporting the demand and supply side of the Market for social enterprise finance]

Approved for funding in August 2014, implemented from September 2014 to September 2015, the 3E4SE project is now concluded. The project aimed at establishing and testing a strategy for cooperation between public funds and ethical and alternative or cooperative funds for the development of specific local/regional financial tools supporting social enterprises. FEBEA participated to the project with two of its members: Banca Etica and Ekobanken. SEFEA sc presented the project as Leader partner.

As a result, FEBEA, along with the other EU-level partners (SEFEA, REVES, ENSIE with FAEDEI, DIESIS, IMPULSE EU), signed a Memorandum to create a European platform committed to promoting the development of regional partnerships, combining private and public funds for the development of financial instruments in order to promote the local social economy, thanks to the tools elaborated during the project. Banca Etica and Ekobanken, along with local partners and stakeholders in Puglia (Confcooperative Puglia) and VastraGotaland Region (VG Region, Coompanion, Mikrofonded, City of Goteborg, BRG) signed a specific local memorandum for the setting up of a financial instrument dedicated to the social economy sector.